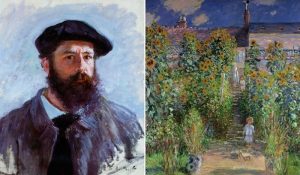 Claude Monet is known as one of the founders of impressionism. The artist could magically convey on canvas the impressions of what he saw. Considering his paintings, full of appeasement, it is difficult to imagine that the master who wrote them had a terrible character. Claude Monet was known as an incredible stubborn, ready to take extreme measures, if only to insist on his own.
1. Monet did not want to sell paintings to everyone
The 1860s and 70s were financially difficult for the artist. He barely made ends meet. When the debts grew to incredible sizes, the creditors, not knowing what to remove from the poor artist, demanded his paintings. Monet decided to take a radical step, but did not concede – he simply burned his paintings. END_OF_DOCUMENT_TOKEN_TO_BE_REPLACED 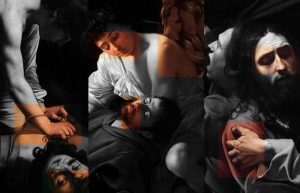 1. Real name
His real name was Michelangelo Merisi, but he was better known as “El Caravaggio” (in honor of the small town in Lombardy, where his family came from). END_OF_DOCUMENT_TOKEN_TO_BE_REPLACED

Posted in abundance, academism, additives, ancient buildings, He put together with other 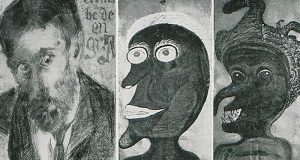 The fact that some very talented, and even brilliant people suffered from various mental disorders is not news. So, it is known that Gogol suffered from manic-depressive psychosis, and Leo Tolstoy often had bouts of depression that alternated with numerous phobias. Maxim Gorky was prone to vagrancy and pyromania, and some experts insist that Lermontov suffered from a form of schizophrenia that he inherited from his mother. END_OF_DOCUMENT_TOKEN_TO_BE_REPLACED