Who are the model women who inspired great artists 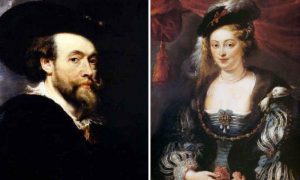 “Model” – this word is involuntarily associated with the image of a sensual woman with a languid look and a gorgeous figure. In his memory immediately appear the masterpieces of the Renaissance, the outstanding canvases of the impressionists and surrealists … Posing for brilliant artists and sculptors, sitters were often not just an object for the image for them, but played a much more important, though not always unambiguous, role.

Margarita Luti
There is something paradoxical in that the image of the Sistine Madonna shining with chastity was created by Raphael with the participation of Margarita Luti – a woman who had a passionate, loving nature.

Margarita’s parents had their own bakery, so the girl was nicknamed a baker, which in Italian sounds like Fornarina. Inflamed with feelings for the 17-year-old seducer, the 32-year-old artist paid her father 3,000 gold, getting a model and a mistress in one person.

Fornarina posed for Rafael for 6 years, that is, until the end of his life, but she was not loyal and had love affairs with students, customers, random guests …

There is a version that the cause of Raphael’s early death was precisely Fornarina’s sexual gluttony. The brilliant artist himself was sure that this girl was sent to him by heaven, and claimed that love doubles a genius.

Elena Fourman
Who is she, a blonde beauty with magnificent forms, invariably present in the paintings of Rubens? For most of the artist’s life, this was only a figment of his imagination. But after a fateful meeting with Elena Fourman, the Rubenov ideal of female sensuality acquired real features.

A 16-year-old girl and a widowed 53-year-old artist married and were mutually happy in it, despite the huge difference in age. The inspiration caused by the presence of the woman she loved was so strong that Rubens almost literally deified her beauty.

Fans of Flemish painting have the opportunity to see its features in the images of Queen Virsavia and the goddess Venus. The recognition in the most tender feelings was the “Garden of Love.” On this canvas, Rubens portrayed his wife in the image of several women at once, symbolizing different forms and stages of personal feelings: from the first ardent love to the confident love of a mature lady.

Acrobat Suzanne Valadon became a model after being injured while performing a circus act. Showing either femininity or eccentricity and impulsivity, she posed for Toulouse-Lautrec, Degas, Renoir and had a love affair with each of them.

Having become a mother at the age of 18, Suzanne could only guess who the father of her child was. But, as expected, the son of Susanne – Maurice Utrillo – also joined the world of creativity and became a famous landscape painter.

The daughter of a wealthy philanthropist Savva Mamontov does not fit the general idea of ​​a model. But it was her image that was captured in the bright cheerful picture “Girl with Peaches”.

As an 11-year-old child, Vera returned home after a walk and sat down at the table, holding a peach from her own garden. Here were her parents with Valentin Serov who was staying on the estate. In a beautiful cheerful girl, the artist saw the heroine of the future portrait.
Over the next 2 months, Vera showed amazing patience, refused to play and every day, for many hours, posed. The image of Vera Mamontova appears in “Alyonushka” by Vasnetsov, on the canvases of Vrubel and Kuznetsov.

Before meeting Salvador, Elena had already posed for Max Ernst and was even married to Paul Eluard, who began to call her a name that went down in history: “Gala”.

In the past, artists were inspired only by young beauties. Elena was 10 years older than Salvador. But he saw in her a source of inspiration and turned it into an icon of surrealism and a living legend.